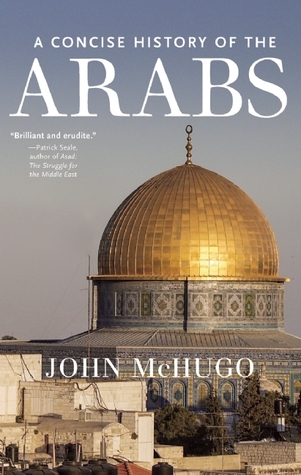 From Algeria and Libya to Egypt and Syria, the Arab world commands Western headlines, even as its complex politics and cultures elude the grasp of most Western readers and commentators. Perhaps no other region is so closely linked to contemporary U.S. foreign policy, and nowhere else does the unfolding of events have such significant consequences for America.

The Arabs: A Concise History argues that the key to understanding the Arab world todayand in the years aheadis unlocking its past. John McHugo takes the reader on a journey through the political, social, and intellectual history of the Arabs from the Roman Empire right up to the present day. His sweeping and fluent account describes in vivid detail the mission of the Prophet Muhammad, the expansion of Islam, the origins of Shiism, medieval and modern conflicts, the fall of the Ottoman Empire, the interaction with Western ideas, the struggle to escape foreign domination, the rise of Islamism, and the end of the era of dictators.

McHugo reveals how the Arab world came to have its present form, why change was inevitable, and what choices lie ahead following the Arab Spring. This deeply informed and accessible account is the perfect entry point for anyone seeking to comprehend this vital part of the world.